The Nexus Crossbow is a modern bow and arrow shooting device designed for fast, accurate, and comfortable shooting. The crossbow was developed by Prime Archery who strives in building some of the world’s best crossbows. A series of the Nexus bows exist with models available in 32-, 34- and 36-inch axle-to-axle lengths. The several models include; Nexus 2, Nexus 4, and Nexus 6 which vary from axle-to-axle measurements.

All models feature a Nano Grip Technology, Centergy Technology, the ROTO Cam 2, and a riser made of 82X aluminum. These are just but a few of the features that make the Nexus crossbow a leader in the game of crossbow shooting.

Users Of the Nexus Crossbow

Being one of the world’s best crossbows, the Nexus Crossbow can be used by different crossbow users from archers in sports and hobbies to hunters. The nexus crossbow is designed for all crossbow shooting specifications with an emphasis on accuracy, comfort, and effectiveness.

The nexus crossbow is more favorable for use by bowhunters unlike by archers in sports or leisure. This is because the crossbow is more designed for hunting expeditions and outdoor activities. Bowhunters find such a crossbow a necessity as it has all the features necessary during hunting. Features such as comfort through the design of the grip and minimal weight of the crossbow allow bowhunters to easily handle and carry around while hunting.

For archers, the nexus crossbow also comes in handy since its design enhances accuracy and comfort. Good archers can meet their targets quite easily and comfortably. The crossbow is also designed in ways that can be adjusted for different crossbow shooting activities.

Shooting using the Nexus crossbows is a pleasant and fun experience. Its design allows an easy and smooth draw, the grip is quite comfortable plus the bow has an excellent balance, therefore, achieving accuracy.

Best features of the Nexus Crossbow

From its design, the nexus crossbow was developed as a world leader in its field. Notable features of the crossbow allow it to achieve key characteristics such as accuracy, speed, and comfort when it comes to crossbows. The nexus is rated as the fastest prime bow ever especially due to its lighter Parallel Cam system and reduced cable splitter weight features. Three of the features that also enable the Nexus to be an accurate shooting bow include the riser design, the Flexis-AR cable-containment system, and Prime’s parallel cams system which enable a steady aim of up to 49 percent.

Some of the other notable features that make the nexus crossbow a world leader include its new Nano grip with Aerogel technology. This feature was developed by NASA for protection against extreme cold in space. Aerogel creates insulation between the aluminum riser of the bow and the shooter’s hand. This enables consistency in shooting and also comfort to the shooter by eliminating bulky wraps or wearing uncomfortable gloves.

Speed ratings of the nexus crossbows range from 331 fps to 345 fps depending on the model. This is quite a high and fast speed rate in comparison with other crossbows in the market, therefore, making the nexus a leader crossbow in terms of speed.

The Flexis AR joins to a flexible mounting aluminum arm and a set of rollers that not only contain the cables but also controls them during the draw and shoot. During the draw, the arm bends towards the bow’s centerline then rapidly moves back out of the way of vanes as the shooting takes place. The mounting arm of the bow can be adjusted for fine-tuning arrow flight depending on the weather conditions and accuracy

Crossbow Canyon is a participant in the Amazon Services LLC Associates Program, an affiliate advertising program designed to provide a means for sites to earn advertising fees by advertising and linking to Amazon.

Beginners Crossbows – What are the 10 Best Crossbows for Beginners?

As you plan to get to the hunting hobby, one of the things that you should think about is working with an easy to load …

We have selected the top 5 crossbow limb dampeners every hunter needs. Limb dampeners for crossbows serve a few different purposes. The main purpose of …

Crossbows come with a variety of features at different price points. If you’re willing to spend the extra money, you can get a top-of-the-line crossbow …

How to Fix Your Crossbow When Serving is Wearing or Unraveling

When your crossbow’s serving goes bad you will need to use the rail lube that the manufacturer recommends for your bow. If you do not … 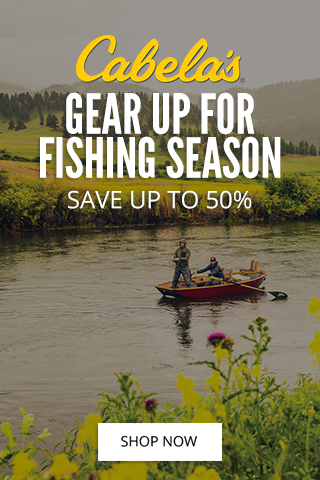